The Reno Aces won its home series against the Las Vegas 51s, 3 games to 2. The Aces returned home on Wednesday following a 13 game road trip and was 5-8 in those 13 games.

Here is a recap of each of the games in this series:

The Reno Aces defeated the Las Vegas 51s 8-5 on Wednesday.

Aces’ Catcher Jose Queliz drew first blood in the bottom of the third inning with a 403ft home run. 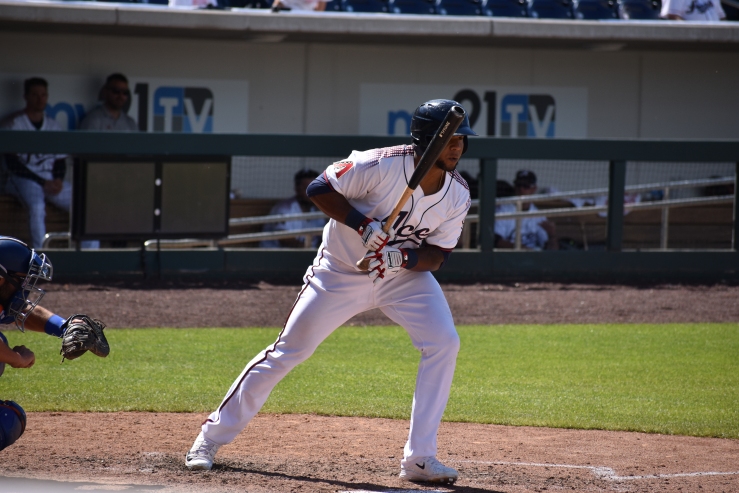 The 51s evened up the game in the top of the fourth following a double by Zach Borenstein. Patrick Kivlehan would come in to score.

Third Baseman Kevin Cron helped Reno retake the lead with a 2 run home run in the bottom of the fourth inning. From then on, the Aces offense exploded with 3 additional home runs.

Alex Young (1-0) started on the mound for the home team and allowed three runs off of nine hits. He also struck out 5 batters and was credited with the win.

Braden Shipley pitched in relief and allowed 2 runs off of 4 hits. Jimmie Sherfy was credited with his ninth save. 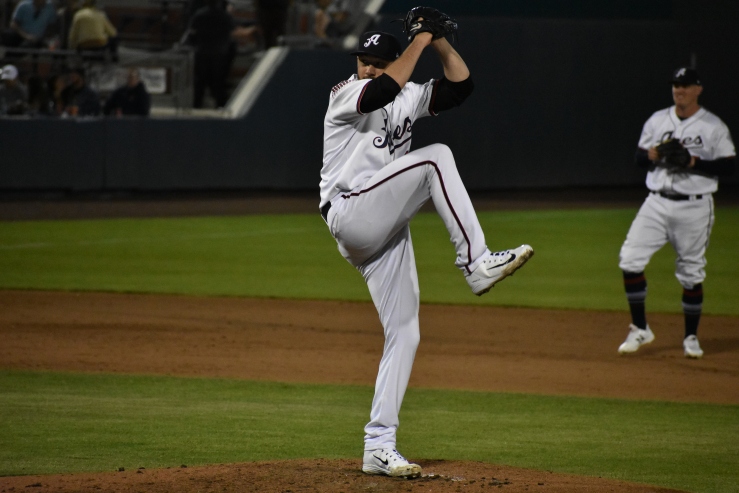 The Reno Aces offense blew up the scoreboard on Thursday with a 20-3 win over the Las Vegas 51s.

Six different players had three hits and Kevin Cron led the team with a career high six RBIs. 21 hits contributed to the 20 runs and both were season highs for the Aces.

Bradin Hagens (2-2) pitched for 5.2 innings, striking out three batters while allowing three hits and two runs. Michael Dimock pitched for the remainder of the game and struck out five batters while only allowing one run off of two hits en route to his first save of the season. 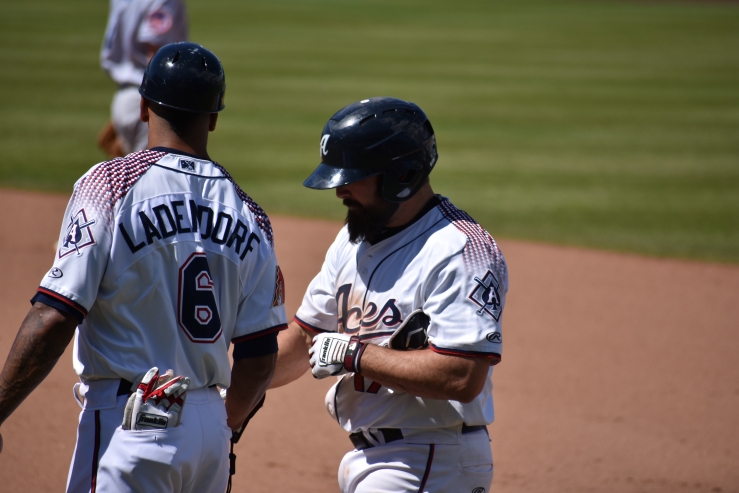 The Reno Aces lost to the Las Vegas 51s on Friday 1-2. The team totaled six hits with the lone run coming from a first inning home run from Rey Fuentes.

Jake Buchanan pitched six perfect innings, but allowed three hits in the seventh. Two of those base runners would score on a single from Las Vegas Third Baseman Phillip Evans and a throwing error for Reno’s Christian Walker. 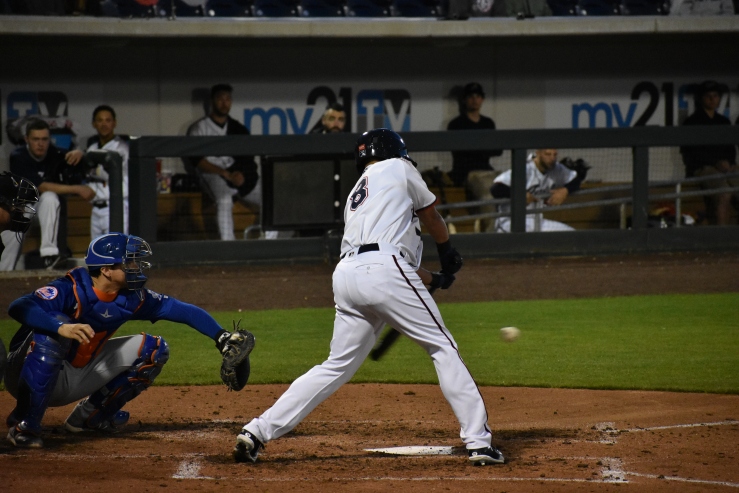 Christian Walker led the way for Reno with two hits and an RBI in the loss. Short Stop Ildemaro Vargas also hit a two run home run in the third inning. The team combined for 10 hits, but left 18 batters on.

Anthony Vasquez pitched for six innings for the Aces, allowing two runs off of four hits while striking out six batters. Neftali Feliz (0-2) pitched for one inning and allowed three hits and three runs. Feliz was credited with the loss and a blown save. 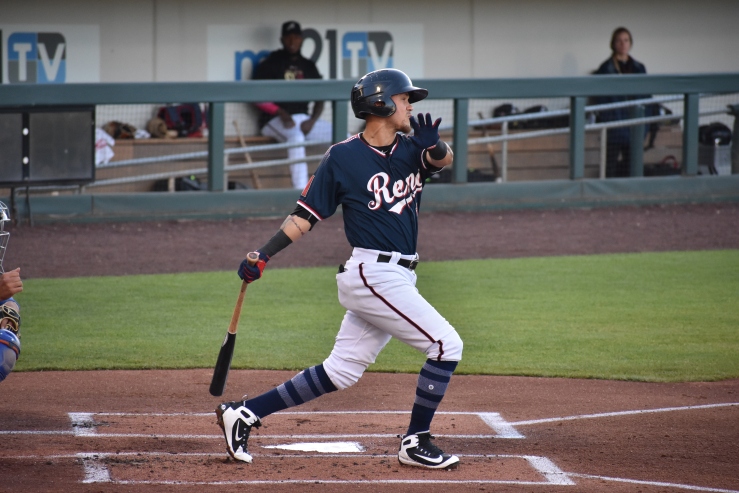 The Reno Aces defeated the Las Vegas 51s 8-4 on Sunday. The final game of the series was similar to the first due to Reno’s explosive offense.

Kevin Cron struck first for the Aces, hitting a 396 ft home run to left center in the first inning. Many other Aces players notched hits, but Ildemaro Vargas led the team with three hits and one RBI. 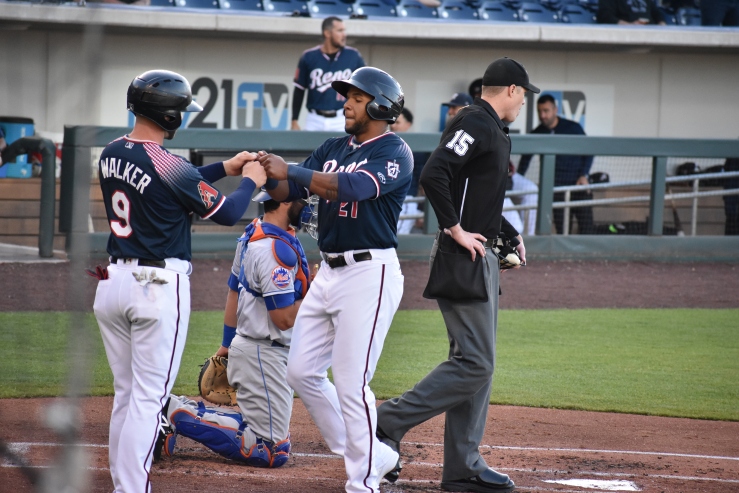 Joel Payamps started on the mound for the Aces, pitching four shutout innings and striking out five batters. Braden Shipley (3-4) earned the win after pitching for two innings and allowing only one run off of five hits. Silvino Bracho pitched in the ninth inning and allowed to hits and three runs.

This series leaves the Reno Aces at 25-33 and the bottom of the Pacific Northern Division. The team is 9.5 games behind the first place Fresno Grizzlies. 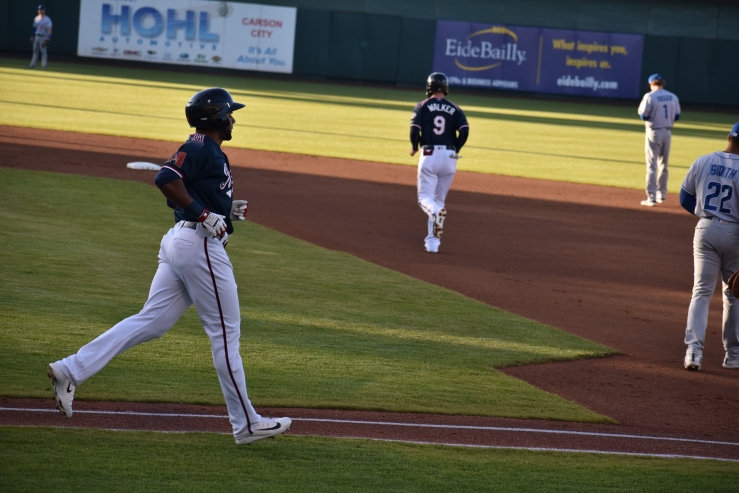 For now, the Aces head to Nashville to kick off a seven game road trip. The next home stand will begin on June 13 as Reno hosts the Iowa Cubs at 7:05PM at Greater Nevada Field.